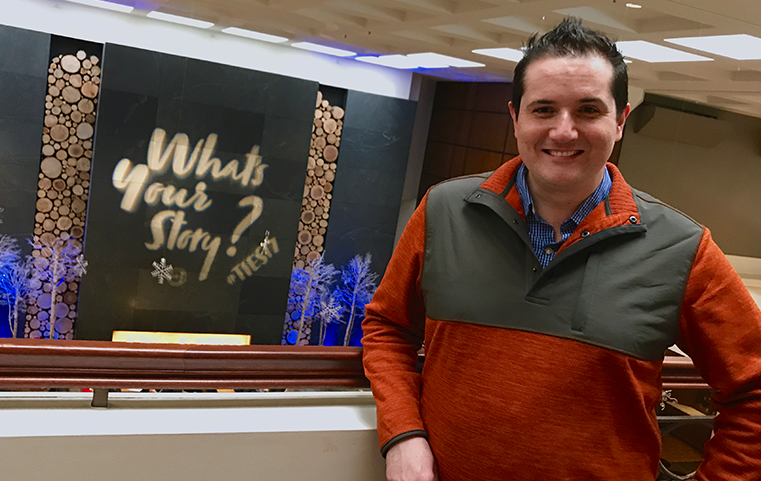 Dave Blanchard is a curriculum coordinator from Minnesota who’s passionate about integrating technology in the classroom. Learn more about his background in this Remind Connected Educator spotlight.

Dave’s decision to become a teacher was inspired by his own high school experience, where he had access to strong technology classes and great teachers. He enjoyed his technology classes so much that he planned to study something technical in college—but he quickly fell in love with the school of education instead.

Technology classes weren't included in Dave's undergraduate curriculum, so he pursued his interest by working at the university computer store. His time there coincided with the introduction of the iPad, and he ended up working closely with Apple to support tech adoption at his university.

Technology in the classroom

When Dave started his career as a third grade teacher, resources were scarce. He applied for grants and received funds from two DonorsChoose campaigns, a district grant, and multiple Walmart CyberGrants over six years. This helped him purchase a total of ten iPads and five Chromebooks for his class of about 25 students.

“Any time I'm able to make school a place where kids want to be is a win for me.”

For one of his favorite projects, students used these resources to record Reading Rainbow-style videos in lieu of traditional book reports. Dave printed out QR codes for each video and attached them to the books in his classroom library—allowing students to watch book reviews before deciding what to read. “I spent a lot of personal time on this project,” he says, laughing. “But it was so cool.”Remind played a key role in Dave’s communication with families, and he ended up working closely with the team to help shape the product. He regularly used Remind to send home newsletters, links, and pictures, but the bigger impact came when he started using Remind to communicate with the PTO.

“Connecting with parents beyond those in my classroom was really powerful. I was able to request support and actually have parents come in to help.”

Moving outside of the classroom

After six years of teaching third grade—while earning a master’s degree in technology integration and instructional design— Dave transitioned to teaching a technology class to 650 students. A year and a half later, his son was born, and he took parental leave before accepting a job as a curriculum and professional development coordinator for his district.

In this role, Dave ensures that curriculum resources are current, manages online learning for the district, and vets professional development plans and keynote speakers. He's also an ambassador for Osmo, an award-winning game system that changes the way children interact with technology by opening them up to hands-on play.

For Dave, technology in the classroom works best when it makes a learning experience more relevant, engaging, and authentic. Connect with him on Twitter @000Dave.