Building communication for everyone, everywhere 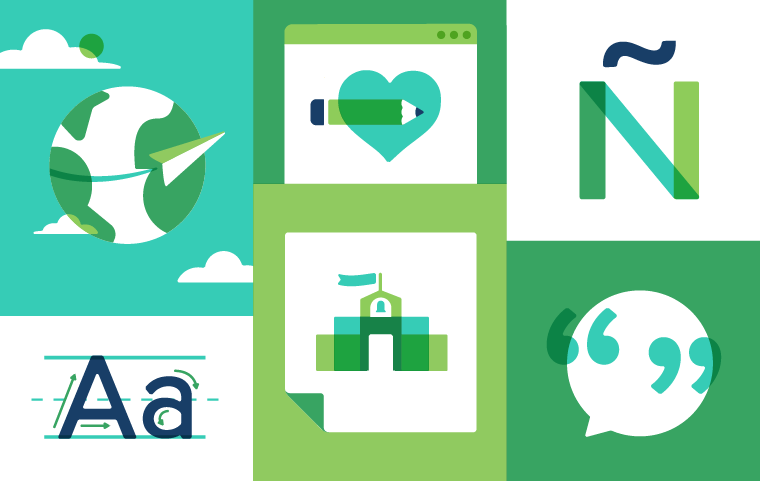 Teachers who work with some of the 4.4 million English language learners in the United States cite communication issues and a lack of resources as major reasons for a significant achievement gap. Only 3% of teachers at high-poverty schools say that students have the digital tools they need to successfully complete assignments. Often, teachers face both challenges at once.At Remind, we’re committed to making simple and effective communication available to teachers, students, and parents. Research has shown that parental engagement makes a real difference on student success, and studies have demonstrated the link between light-touch parent-teacher communication and improved academic outcomes. Teachers have long known the importance of extending learning beyond the classroom.Our goal is to make sure that teachers, students, and parents have the opportunity to make these improvements happen.This year, Remind is introducing two features that bring us closer to this goal. First, we’re introducing the ability for students and parents to sign up and log in on the web, so all Remind users can access our core functions on both web and mobile app. Later this fall, we’ll also be releasing a translation feature to help teachers reach ELL students and their families by translating messages into six different languages on the mobile app.We’re incredibly excited about these two features and what they represent for Remind: a small step toward communication that works for everyone, everywhere—as well as a reminder of what we’re still working to achieve.

As a former ELL teacher, Connor Pierson—a member of the team here at Remind—is acutely aware of the need for language support. California alone accounts for 1.4 million of the nation's English language learners, or 22.7% of the total enrollment in the state's public schools. Another 1.2 million students in the state speak a language other than English at home.Connor sees the potential of translation to help teachers reach more parents in a classroom. He frequently speaks of Efraín Tovar, a teacher in California’s Central Valley who works with students whose families have recently immigrated to the United States. Often, Efraín finds himself communicating across six or seven languages at a time. To make sure students and parents have information they need, he runs simple messages through Google Translate and uses Remind to send them out.

Connecting with #ELL (https://twitter.com/hashtag/ELL?src=hash)> Ps is essential for the future success of #newcomers. The power of @google and @remindhq! pic.twitter.com/1yJmluWbmu

For teachers like Efraín, our goal is for translation to take a step out of the process—multiplied by those six or seven languages.“Translate gets us to the point where we can start seeing impact, especially among families that need this support the most,” says Connor. The parents least likely to know about an upcoming test are the ones least likely to provide a schedule and support for students at home, he says, like one parent in Los Angeles who received a message that his daughter had an algebra test the next day.“The parent didn’t know what algebra was, but he made sure that his daughter didn’t have to do the dishes so she could prepare for the test the next day,” Connor says. “The message was simple and transparent, but it had a huge impact on the opportunities that the student had outside of the classroom to help her succeed.”

Translation is the result of one of Remind's hack days, the one day a month that team members reserve for working on projects that they find especially interesting, urgent, or both. Engineers Nathan Barraille and Dave Lyons started tinkering with translating short messages at a hack day earlier this year, and the idea stuck with Nate.After hack day, he set out to investigate two things: a good technical way to detect language, and a granular understanding of how teachers approach languages other than English on Remind. “There are a lot of ways to detect language, and they don’t all perform equally,” he says. “We’re working with a very specific set of data: short, simple messages that average about 100 characters.”According to Nate's analysis, over 99% of messages currently sent on Remind are in English—a statistic that doesn't match the demographic reality in the United States. “This was a sign that teachers with ELL students might not use Remind because of the language issue, and that’s really part of the problem we’re trying to solve,” Nate says. “Everyone in a classroom should have the same opportunities for engagement and support.”Powered by the Google Translate API, Remind Translate detects when a student or parent is using Remind in a different language on the mobile app (and, soon, the web). In these cases, Translate gives recipients the option to see an instant, in-line view of the message in one of six languages—and toggle back to the original at any time.

For Nate, the Google Translate API also provides a solid solution for translating the short, direct messages that teacher send on Remind. “For someone who doesn’t speak a language, the translation is significantly better than the original,” he says. “It won’t be perfect, but in the vast majority of cases, it will be understandable.”Now, the next challenge is to make translations available on SMS and support more languages. “I’m looking forward to user feedback to see how we can improve the experience even more,” Nate says. “There are a lot of problems that we still need to solve.”

Translate will first roll out on mobile app and web because of the different technical requirements for each of the Remind platforms. We also want to help teachers reach students and parents where they are—which, overwhelmingly, is on their mobile devices. More than 90% of teenagers in the U.S. access the web through a phone or tablet, and smartphone penetration spans demographic differences: for example, 71% of Latino adults own smartphones today.However, not everyone has access to the technology they need. In education, the stakes are especially high; according to a Pew Research study, 84% of teachers in the country worry that technology is widening the chasm between disadvantaged and more affluent schools. In the same Stanford study that surveyed teachers in high-poverty schools about student access to technology, nearly half of the teachers in more affluent schools said that their students weren't able to complete assignments with the digital tools available to them.At Remind, we develop for teachers who worry that the benefits of technology won't be available to their classes. We develop for families who can't count on reliable Internet access or working mobile devices. We take our mission very seriously: We develop for every teacher, student, and parent in the world.For designer Cameron Reynolds-Flatt, the ability for students and parents to sign up for Remind on the web is part of a larger plan to make Remind more accessible for more people. From a product standpoint, he says, students and parents need to be able to use the same basic functions on a computer as they can on the mobile app. “Not being able to sign up or log in on the web has been a point of frustration, especially if families don’t have access to working mobile devices at home,” he says. “We’re on a more level playing field now, and it’s an exciting foundation for what’s next.”This year, for instance, the design team worked on updating Remind’s visual identity to improve color contrast. Basic accessibility guidelines for web suggest meeting certain ratios to help users see buttons, read text, and perform actions, and the update aligned with a broader effort to support usability with more context and consistency.

In fact, revisiting our colors helped us crystalize who we are and what we believe in—during the process, we changed the primary “Remind blue” that appears in our logo and represents our brand. Cameron hopes that these and other changes lead to accessibility improvements across Remind that include optimizing code for assistive technology.“It’s so important for a company in education to be aware and thoughtful about the teachers, students, and parents we’re serving,” he says. “It’s something that we’re going to keep striving toward.”